Today Ragnar Tørnquist and Funcom announced that finally after 6 years of waiting, a new saga in the The Longest Journey universe is set in stone and will be developed. The publishing and development flavor is not at it used to be though because now, the project lead at funcom will be actually take a semi-side track from the publisher and will create the new game with his newly developed studio Red Thread games. This is a personal oppinion from mine but it seems that if a whole new studio is created for this project it appears that they want to do good on their promise to actually make several The Longest Journey Chapters. This is clarified in the following article which is an interview about things to come. The game is well on its way into pre production at this date as it has also received 1 million kroner (or $180.000) from the Norwegian art and film fund. So I'm in a cheery mode today.

To describe where my love for this saga started, well I discovered news about the first TLJ game being in production in 1998 on a site called 3dfiles.com. The images presented there stuck with me and I also wanted to endeavor on my first adventure game, because I've always mostly played games like doom, descent and nintendo console games like mario and zelda. I'm glad I came across this news back then because when I played it in 2000, the story just stuck with me and came some kind of a symbolic guide to life. It was already a long wait untill the sequel in 2006 and 12 years after the original, we have this great news. It seems like the number 6 is of epic significance in this realm. Anyways, I'm going to try to talk about the 2 titles combined to tell what I like about the universe.

The longest journey is a tale about magic, science, mystery and purpose elevated to beyond galactic scale. Here's already one element of it that I like about it. Being an atheist in real life, I have always been looking for a way to think as if there could still be a "greater destiny" in life albeit symbolic but without the need to antropomorphize an imaginary being to our nature and have us fear it as a way to selfcontrol. So as I said before, the story and ideas presented in this saga appeals to me in such a way that it has become "religion" on its own and a means to find a place in this spiritual cosmos for me.

But rather than a religion of fear and control, the idea in TLJ is that the balance and pairity between things is the actual "god". And then I'm not talking about the mere balance between dark and light, good and evil, wet and dry, cold and warm... but also more esoteric. balances like the one between waking state and dreaming, between being and not being, flowing with time or against it, even existing is merely a page in a thick book of multiverses that all come together in one central place called "the storytime". Which is some kind of interdimensional template from where civilisations and universes emerge.

It's overly poetic at this point but ingame, it helps to make the story engaging and give us gamers a purpose to solve mysteries, grow with the characters and feel involved with them. But at the same time the story in this game isn't like totally off the chain. It's told in such a way that it gives believable meaning to our "real" existience. Karma is our godess. Things also explored like action and reaction. "The balance provides" because it self guides and whitin it all: our actions, dispositions and the way we view eachother will determine if we walk in the  safe middle, or crash into the sides left and right of extremes on many aspects in the world.

These things are illustrated in this saga. It's the tale of what happens if creative, good people interact with the world(s) and on the other side, we discover what happen if self centered people (or creatures) do everything to nurish their thirst for power. But in all what I say here there will be no god to judge, no plague to unleash. There will be just "results" and "outcomes" of what you do in the world and there's no good or bad about it: it just "is". It is nature. Feeling a certain way will not change things so you should take your own responsibility and consequence.

The most interesting and central balance type in the 2 games that are already out there, are about the balance between dream and the waking world. It is used in this game to explain a past that has been mythically hidden from our earth. When in our dreams, we appearantly visit a mirror version of our planet devoid of science but full of magic. 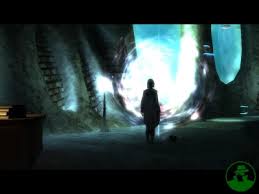 Legend has it that we became too powerful in a distant past if we would wield both magic and science and ethereal dragons have come to teach us to sepparate both to the point that hey are also being sepparated between time and space. Because of this measure, there's an earth full of magic and one full of science, respectivly called Arcadia and Stark.

You could already imagine that this world that we live on, is the representation of Stark. Here, we don't believe in magic and certainly don't believe in wizards that can teleport people and priests that can throw fireballs or animals who can talk. But that is the dreamworld Arcadia that we visit if we sleep but not many people can actually travel there physicaly.

Both of the stories always start in stark, the scientific world that we know and live in. We follow 2 young women on their quest to adulthood who appearently have the gift of physicaly traveling between this world and the magic world but not only by dreaming about it but by physically traveling (or shifting) there. They become pawns in several conspiracies. Some creatures and their minions want to topple the balance and plunge everyone into the powerhorny chaos combination of magic and science again, some want to prevent it and keep things as they are right now, safe and in balance. 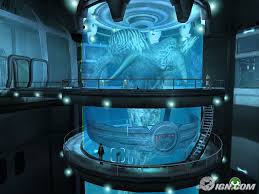 The young girls are being thrown between plots that twist and turn and that makes the game(s) very engaging. The main characters Zoe and April both start out as ordinary young women set out to lead a normal life but as you progress, the saga and what it does to their further lives is revealed in a shroud of mystery but with enough info to really get you hooked. Wwhen you are about to unravel it, threads remain open for interpretation and I sometimes spend nights theorizing about what could have happened to them at the end because we don't really know, not even after the 2 games.

It becomes very wild if you think about the road the story goes at the end of Dreamfall. It gets to the point where the saga gets very metaphysical and you're no longer sure what those characters have become, no longer sure about the plane of existence this earth (and Arcadia) is in. The protagonist's "bodily form" seems to be mainly a container for you to nagivate trough the world and to represent their story but at the end get the weird feeling they might be creatures of untold gifts that enable them to blaze trough the multiverse for the good of the balance. 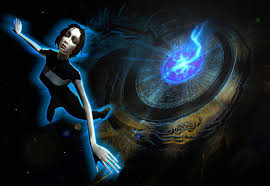 So while the story starts out as a tale of odd things happening during dreams and grows out to a ploy with world religions and major technology companies litterally going "out of this world" to turn us all into puppets, you are still left with one thought: for what ? We don't really know yet. In the first game (The Longest Journey) it was to unify the reallms of magic and science, but unexpectedly Dreamfall told a somewhat different story about a technology company tapping in our brain to trap all of our spirits in a tower in the world of magic but for what purpose ?

Dreamfall has ended with a major cliffhanger where everyone who calls themself "fan" is looking down from for 6 years now. What happens to these 2 women ? What about the characters they supposedly "saved" ? What is the story time really ? How does it fit in al the squarreling between all the "ethereal dragons" called Draic Kin, their enemies and the many magical creatures who were so cruicial in getting our journey done ? I can't wait to find out the rest of the story and play "Dreamfall Chapters" when they are released!

In the beginning of this post I talked about how this game gets funded by the Norwegian community. Not only that, it's going to get another independent fundraiser going namely with kickstarter. I frigging swear I'll cough down €100 for this if it happens (and I'm updating the link here in this post once the kickstarter start). This game IS religion to me, it must be made and it must be the best TLJ game ever.