For more than a year now, I've been playing a little kickstarter backed shoot em up gem called Dimension Drive. It's the closest we will ever get to the classic Axelay in terms of innovations and I grew fond of it. It's a small "2awesome" team of mostly spanish people working on it in Holland. It also features a quirky main protagonist called Jack. Who for some reason acquired the ability to shift dimensions. She has seen the horror the Ashajul did to her homeworld Vain, and now - with her dimension shifting abilities she can at least save the alternate vein.

Jack's dimension jumping skills enable her to jump between 2 screens. That is the innovation in this game. Gameplay wise this results into "galaga style" gameplay mixed with Bioschock Infinit's Elizabeth powers of jumping into alternate dimensions. This 2 side-by side vertical screen gameplay promotes strategic jumping between the 2 screen in order to

And this brings us to the accessibility part. I'm so fortunate that I've been able to discuss bugs and features with the devs all along the ride and my visual impairment came up. In my other articles about accessibility, I have demonstrated the fine line developers must walk between making a game accessible AND enjoyable for everyone. You can't dumb down or skill up a game so that it will "only" be playable for people with low skill or reaction time, or on the other hand, too hard so that only a certain group of "ppl of skill" can play it. 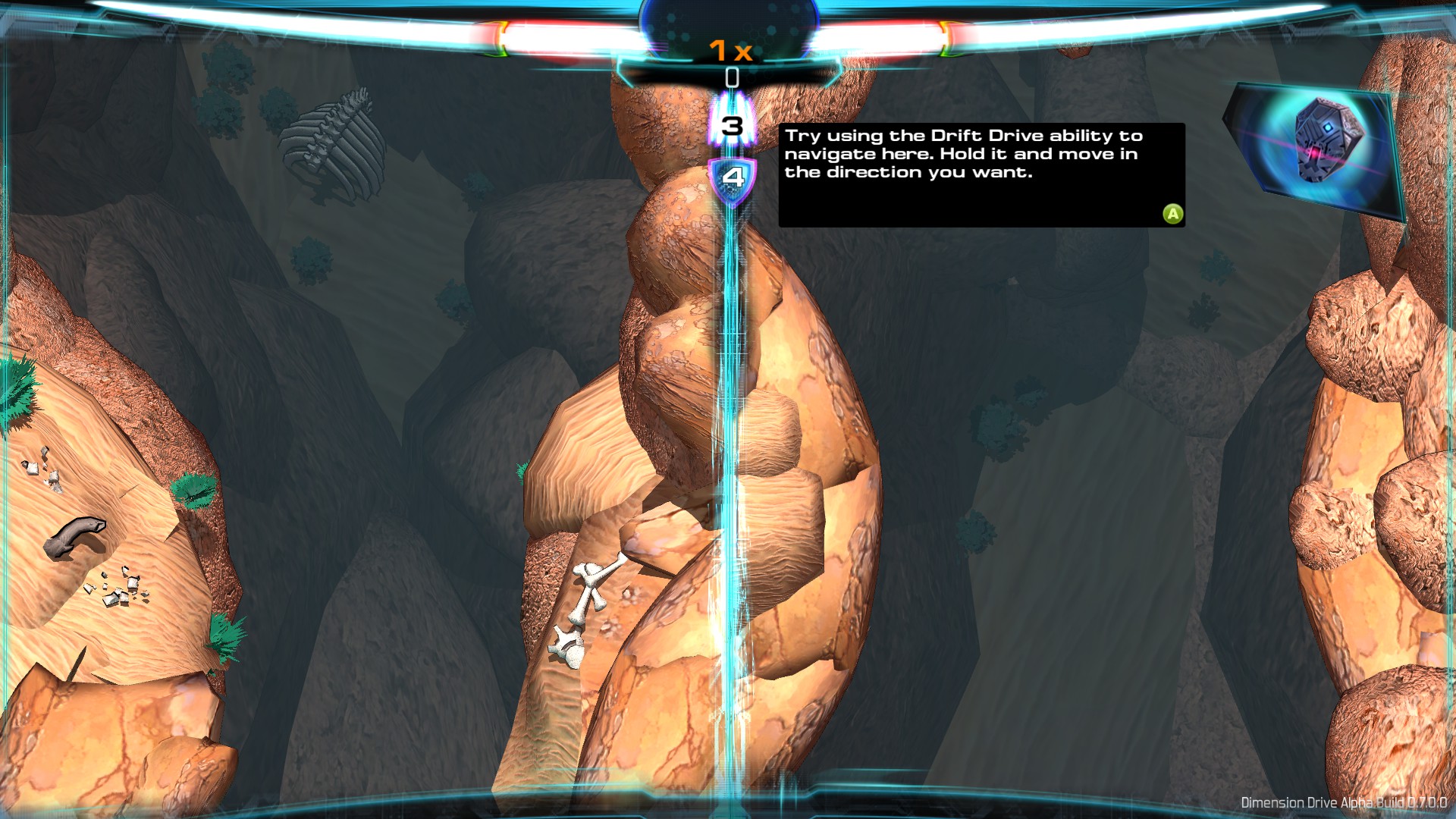 A developer will often make the game available for the widest group of people possible. Luckily the wanted to sit down with me and listen to specific needs not only for my special case, but also for colorblind people.

When the game will be released in february, they'll no doubt have some people asking them about color contrests. We have had this discussion with other backers, and together with the devs we talked about:

These where all essential in the conversation on how to make everything as visible as possible. Before they restyled the world they asked us about the best way to design environments and structures that are visible and give enough visual cues as to what the game(play) expects from users.

Because the game can be very hectic in the harder levels, and when you have a visual impairment like mine where you can't look on both screens at the same time and make quick decisions, the combination of these talks and the visibility talks resulted in the following tentative ideas:

At some point after Early Acces release of the game, these features will be either available as menu options OR as easy mode. So that the game isn't dumbed down for other users who want to play the way it's meant to be played on normal or hard: the currently available stock difficulties. To find a balance between hand holding and demolishing difficulty is hard. We don't want to berate people with a visual impairment by creating a "Jack's Adventure space scrolling simulator" mode. But an easy mode like this can give people with slower reaction time, who have more difficulties with hand eye coordination to have a good time. The level design will remain the same, the tactical moves you'll have to do will stay the same but you'll get a more forgiving environment to do it at your pace and skill. I see this as a "handicap level". And so we spent time talking to make sure we don't cause the devs "dumbing down" the game for everyone. That is enormously important!

So I thank David and Alejandro to have been able to be a part of this discussion. And I'll play this game frequently, as i did the last year. And I hope that the Early Access formula works for them and gives this game the shoot em up loving customer base it deserves.